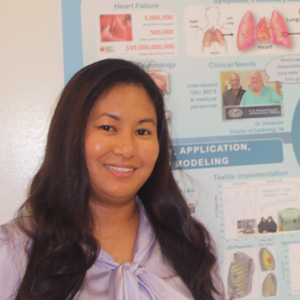 Ruthsenne Perron
Bretzlaff Foundation Award in Engineering and  Scholar of the Year
Hawai‘i Center for Advanced Communications, College of Engineering
MS and BS in electrical engineering, University of Hawai‘i at Manoa

Ruthsenne is developing a wearable, textile-based vital signs sensor that can be read in real time on mobile devices as part of the Hawaiʻi Center for Advanced Communications cardio-pulmonary (CP)-Stethoscope team. Measuring water in the lungs is important for early detection of heart failure and monitoring of pulmonary diseases, sepsis, burns and dehydration, but current methods are wanting. Daily weighing of the patient is unreliable, catheterization is invasive, CT-scans are expensive, and implants are inaccurate. The CP Stethoscope, which uses microwaves for the task, is in clinical trials at The Queen’s Medical Center in Honolulu. It was named Best of Show by the National Science Foundation’s Innovation Corps Program and the developers won UH’s 2014 Business Plan Competition. Her award helped cover costs of presenting her work at an Institute of Electrical and Electronics Engineers international meeting in Vancouver, B.C. 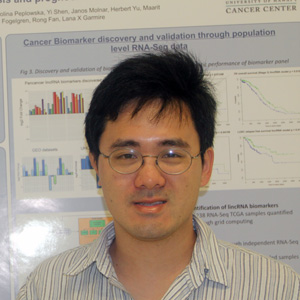 Travers applies computational analysis to biological questions from characterizing bio-contaminants and corossives to DNA changes related to preeclampsia. He has identified six long, intergenic non-coding RNA as a highly accurate and robust pan-cancer diagnostic biomarker signature. He uses tumor and adjacent normal tissue samples to predict which cancer-related genes and pathways are regulated by these lincRNAs, and will then examine the effects of the lincRNA on human cancer cell proliferation, migration and target gene expression to validate the predictions. 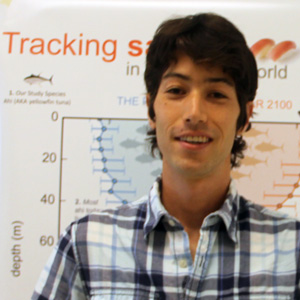 Gen predicts that climate change will create dual pressures on economically important yellowfin tuna. His research suggests that depleted oxygen in deeper water will reduce and drive prey closer to the surface, leading ahi to spend more time in shallower water were they are more vulnerable to fishers. HE conducts his research on the ahi catch off the west coast of the Americas. His work has particular relevance for the Pacific Islands, where the tuna fishery represents 11 percent of the gross domestic product and accounts for 5–8 percent of jobs. His model is being adapted to consider affects of climate change on tilapia as well. 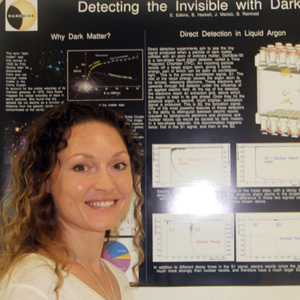 Dark matter is inferred from the gravitational effect it has on visible matter. Physicists are trying to "see" dark matter particles by detecting the small signal produced when they occasionally bounce off the nucleaus of a normal atom. Erin is working to improve the detection of false neutron signals in the effort to detect the hypothesized constituents of dark matter known as weakly interacting massive particles, or WIMPS. She conducts her research as part of the DarkSide-50 collaboration, which uses the liquid argon-filled neutron detector located inside a muon detector deep in a mountain in Italy. 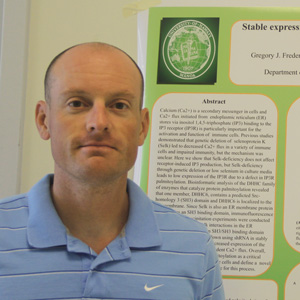 Dietary selenium is incorporated into 25 selenoproteins as selenocysteine, which is known as the 21st amino acid. Most selenoproteins are involved in antioxidant activity, but Gregory’s studies with mice indicate that one, called selK, plays a different role that helps trigger a cell’s immune response. The former Army intelligence and medical corps officer will next explore selK’s role in immune-driven atherosclerosis, or hardening of the arteries. His work on selK has been published in the Journal of Immunology. 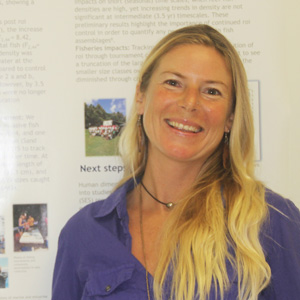 Jonatha uses a Social-Ecological Systems framework and is collaborating with the Nature Conservancy to conduct a predator removal study off Puako on the Island of Hawaii involving invasive peacock groupers (roi). She studies reef fish populations (early indications suggest that roi take surplus prey in the smaller reef fish populations) and identifies social attributes that drive community willingness to participate in conservation action and ocean stewardship. 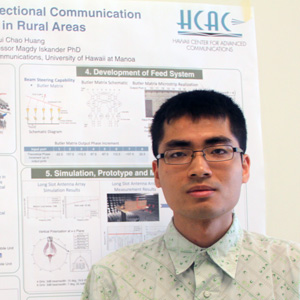 Affordable wireless communication is important to education, job creation, health care and economic development among minorities and in rural communities in the U.S. and abroad. But vast distances, mountainous terrain, limited number of base stations and power requirements hamper communication delivery in rural areas. Gui Chao works on a high-performance, low-cost antenna array system to increase the range, capacity and reliability of mobile networks. Omni-directional antennas used in most mobile networks have limited range and are susceptible to interference and jamming. Huang design, test and build a prototype directional antenna array to extend the range and increase capacity, security and power efficiency. 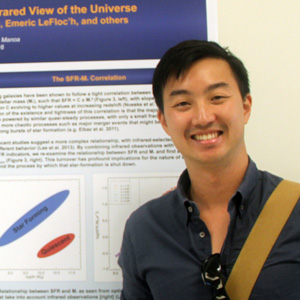 Nick uses far-infrared observations from the Herschel Space Observatory to study star formation. He has discovered that massive galaxies are less efficient at star formation. The California native and UC Berkeley alumnus will pursue the mechanism that quenches star formation in a postdoctoral appointment at the University of Copenhagen. An article accepted for publication by The Astrophysics Journal is his fourth published paper since 2010. In addition to his research, he has served as an inquiry lab instructor through the Institute for Scientific Engineer Educators Professional Development Program and presented seminars on professional development and careers for graduate students. 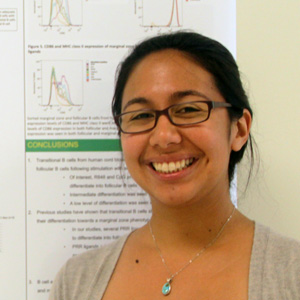 Jourdan is working on new adjuvants to enhance a vaccine for malaria. The parasitic disease transmitted by mosquitos killed more than half a million people in 2013. The lack of safe, effective adjuvants—only 3 are licensed in the U.S. for use in humans—is a major obstacle in modern vaccine development. Jourdan's research relates to six potential new adjuvants, called PRR ligands. She exposes human cord blood and tonsil cells to the PRR ligands to understand the mechanism by which they work on B cells and apply that knowledge to vaccine development. 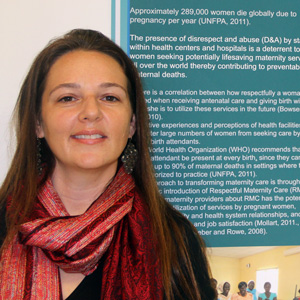 Cindy studies the impact of women’s experiences and perception of health on their decisions about maternity care. A single mother of four, certified nurse-midwife and director of Global Programs for Real Medicine Foundation, Stein has worked in areas of Africa that have high numbers of preventable pregnancy-related deaths. She investigates the role of disrespect and abuse by health workers in the maternity settingand ways to operationalize teaching health workers in how to show respect and compassion. She wants to see if Respectful Maternity Care training can improve outcomes in Hawaiʻi and other places as well. 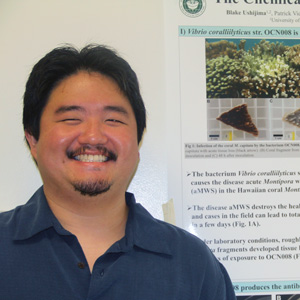 Blake studies a kind of chemical warfare in the mucus layer of coral. One bacterial pathogen creates its own antibiotic to eliminate resident bacteria so that it can infect coral. He has demonstrated that probiotic bacteria in the mucus layer can also produce antibiotics, protecting the coral from infection. His work demonstrates the importance of the bacterial communities present on these corals and their interactions with pathogens, while potentially helping with understanding the factors that lead to disease outbreaks that have threatened Hawai‘i reefs.