Baby squid bred in the research lab of Honolulu Chapter member Dr. Margaret McFall-Ngai are orbiting Earth in the International Space Station as part of research into the effects of long-duration spaceflights on human health. The tiny Euprymna scolopes squid feeds a rare bioluminescent bacterium, Vibrio ischeri, in its light organ, benefitting from an adjustable, camouflaging glow in return. The simple squid-vibrio light organ system creates an excellent model for studying the effects of microgravity on the symbiotic microbiome, said McFall-Ngai, who was the Honolulu Chapter's 2019 Scientist of the Year. It could help explain why the human immune system doesn't function as well in long-duration space flights, an issue of importance for manned moon or Mars missions. 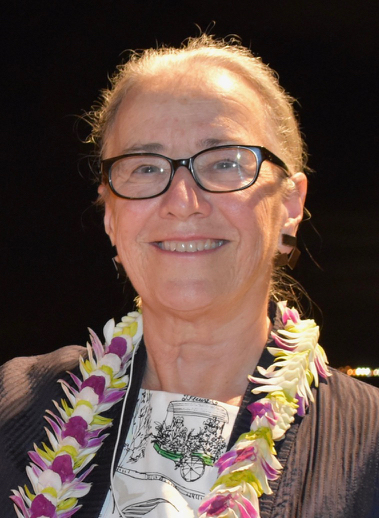 "The physiology of this animal lends itself to studying nearly every aspect of symbiotic associations," McFall-Ngai told the Honolulu Star-Advertsier. She focuses on host responses to interactions with beneficial microbes, with applications that range from the formation of biofilm in urinary tract infections asociated with catheter use to harmful effects of treating babies with antibiotics. The McFall-Ngai lab at the University of Hawa‘i at Manoa's Kewalo Marine Laboratory breeds the tiny squid for experiements all over the world. The Space Station research is being conducted by her former student, Dr. Jamie Foster, now a professor at the Universitiy of Florida and principal investigator of NASA's Understanding of Microgravity on Animal-Microbe Interactions project. Foster returned to Hawai‘i to hatch the 128 paralarvae, which launched with their companion bacteria on SpaceX's June 3 resupply mission and are scheduled to return in July. 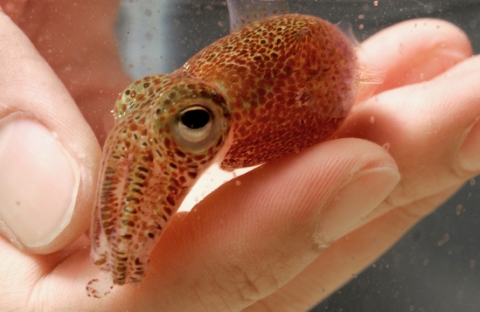