ARCS Scholar Richard Ordonez was among the inaugural group of faculty members and graduate students recently inducted into the University of Hawai‘i chapter of the National Academy of Inventors. The organization honors investigtors who have obtained patents from the U.S. Patent and Trademark Office.

“Using the technologies I worked on, astronomers have already found astronomical objects that are too faint to see with the naked eye or that move too fast across the night sky,” he said.

A New York native transplanted to O‘ahu as a teen, Ordnez is a watersports enthusiast and likes to hike, run, and ride his bike with his wife and three dogs. He received a mentor award for participating in the state’s High School Science and Engineering Fair and participates in an Institute for Scientist and Engineering Educators Professional Development Program providing learning experiences for Hawai‘i undergraduates and at the National Solar Observatory. His ARCS Scholar Award provided funding to purchase a laptop computer to aid in his research and travel to Washington, D.C., to present his work. 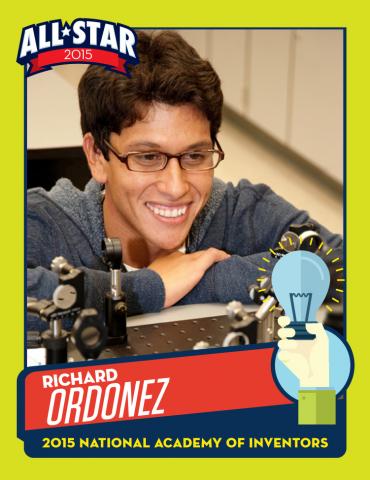