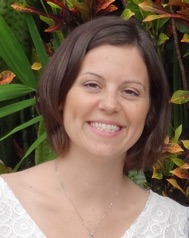 Preconditioning to increased ocean temperature and acidification might buy corals time in the race to survive climate change, ARCS Scholar Alumna Hollie Putnam reported in the August 2015 Journal of Experimental Biology. The University of Hawai‘i integrative biologist demonstrated that adult corals exposed to warmer, more acidic water produced offspring that were better able to handle subsequent exposure to those conditions.

Putnam studies epigenetics, cellular and physiological phenotypic trait variations caused by external or environmental factors that switch genes on and off and affect how they are read (as opposed to variations caused by changes in the DNA sequence). Her laboratory studies provide the first evidence of rapid, trans-generational acclimatization in reef-building corals. She exposed parental corals to ocean temperatures and acidification levels predicted by the Intergovernmental Panel on Climate Change. As expected, the harsh conditions negatively affected the health of the parental coral. However, the offspring of those corals appeared healthier when re-exposed to the harsher environment than did the offspring of parental corals exposed to ambient ocean conditions.