The orangeblack Hawaiian damselfly, once thought to be extinct on O‘ahu, may be closer to a comeback thanks to the efforts of 2006 ARCS Scholar Will Haines. The Hawai‘i Department of Land and Natural Resources research entomologist successfully reintroduced a population of the once ubiquitous endemic insect that play a key role in the Hawaiian ecosystem. Read the Honolulu Star-Advertiser article about the project.

Will described his work on captive breeding of endangered damselflies and Kamehameha butterflies at a 2017 ARCS luncheon. Read more. 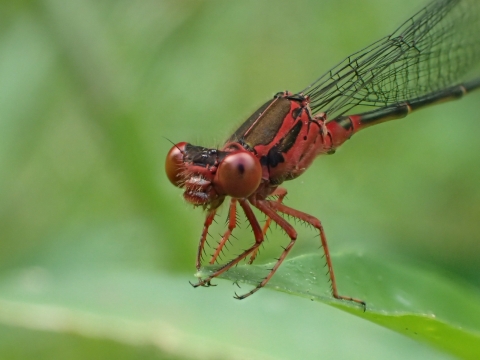