ARCS Honolulu Chapter provided the two $1,000 Scholar of the Year grants in addition to $5,000 ARCS Scholar Award funding awarded to all 20 University of Hawai‘i at Manoa PhD candidates named ARCS Scholars in 2022. The 2022 awards were made within six UH Manoa units. For more information about each scholar, including links to videos in which they describe their research, see https://honolulu.arcsfoundation.org/2022-honolulu-scholars, or view the awards banquet photos. 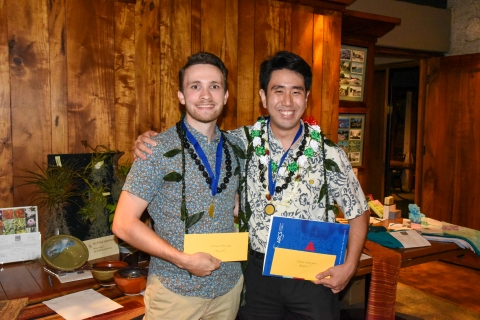