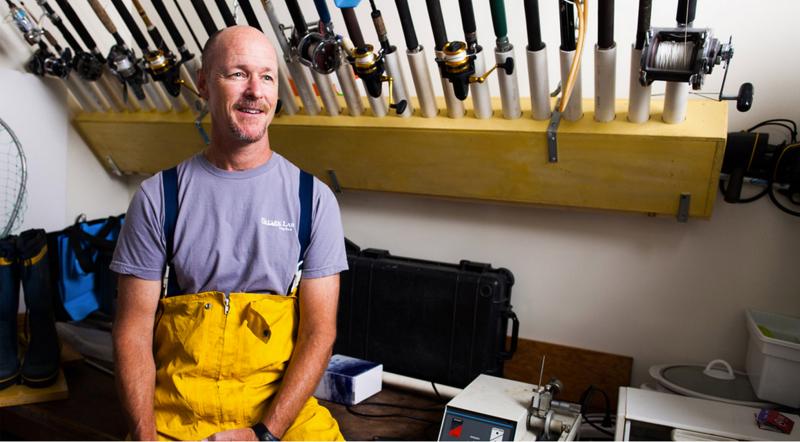 Talk about fishy ailments. When he was an ARCS Scholar at the University of Hawai‘i at Manoa (in 1997–98), Chris Lowe's studies included how rays avoid sunburn. Now a professor of biological sciences at California State, Long Beach, he is still interested in sharks, but it was his work on bug-eyed rockfish that caught the atention of National Public Radio.

Rockfish, which live in deep water, suffer "the bends" when brought to the surface. Unable to swim, they appear dead, their eyes bulging and their stomach protruding from their mouths. Despite gentle handling, they don't survive traditional catch-and-release techniques used by sports fishing enthusiasts.

Lowe demonstrated that a quick return to deep water allows the fish to recover. He is working with the Sportfishing Conservancy to make sure people who fish for sport learn how to use rapid-descent devices that quickly return the fish to their deep-water habitat.