Cosmic Geographer is Honolulu Scientist of the Year

Expansion of the Universe may be accelerating, but so is our understanding, thanks to R. Brent Tully, ARCS Foundation Honolulu Chapter’s 2016 Scientist of the Year. Tully is considered a father of modern observational cosmology for 40 years of doing “cosmology up close” at the University of Hawai‘i at Manoa’s Institute for Astronomy.

Since establishing the "Tully-Fisher relation" with National Radio Astronomy Observatory colleague Richard Fisher in 1977, Tully has used the powerful technique for measuring distances to study the expansion rate of the Universe and the distribution of dark matter. His 1987 Nearby Galaxies Atlas and companion catalog constituted the first three-dimensional depiction of the distribution of galaxies. The 2009 Extragalactic Distance Database and 2013 Cosmicflows-2 added distance and velocity information on thousands more galaxies.

In a 2014 Nature article, Tully described our home supercluster, which he named Laniakea, Hawaiian for immense heaven. (View the video.) It covers 500 million light years and has a mass 100 quadrillion times that of the Sun. The same year, he received three major honors, the Gruber Foundation Cosmology Prize, the Leibniz Institute for Astrophysics Potsdam’s Wempe Award and Armenia’s Viktor Ambartsumian International Prize. Since then, he has added a dozen more scientific publications to his extensive list.

He has also contributed to popular understanding of cosmic geography over the years, serving as science adviser to the Nova series “Runaway Universe” and PBS documentary What’s Up in the Universe and as program consultant for American Museum of Natural History.

ARCS Foundation Honolulu Chapter’s Scientist of the Year award recognizes a University of Hawai‘i researcher whose advancement of knowledge in a STEM field and mentorship of new scientists mirrors the ARCS Foundation mission of advancing science in America. 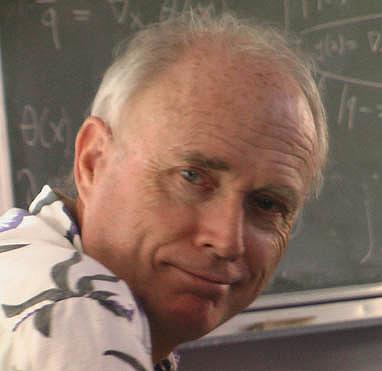