The Honolulu Chapter and coral scientists around the world mourn the death of Dr. Ruth Gates, director of the Hawai‘i Institute for Marine Biology and president of the International Society for Reef Studies. Gates was named 2015 ARCS Honolulu Scientist of the Year for her groundbreaking research on coral reef resilience and recovery in the face of climate change and her commitment to graduate education. Her work attracted a $4 million Paul G. Allen Family Foundation’s Ocean Challenge grant and a role in the Netflix documentary Chasing Coral.

Among the many students she advised are two ARCS Scholars—Dr. Raphael Ritson-Williams (2012), now a post-doctoral fellow with the California Academy of Sciences’ Hope for the Reefs Initiative, and Dr. Hollie Putnam (2013), an assistant professor at the University of Rhode Island. They joined with Gates Lab colleagues in a promises to “continue to carry her torch, maintaining her unwavering exuberance and optimism to understand, harness and protect our invaluable coral reef ecosystems.”

Gates describes her innovative work on creating resilient corals in a short video, “Adapt or Die.”

To support an ARCS Honolulu Scholar Award in coral research, donate via the University of Hawai‘i Foundation. 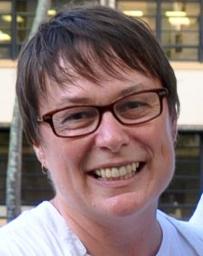