According to family lore, 2-year-old Emily Levesque insisted on tagging along when her older brother went outside for a school assignment to watch Haley’s Comet pass near earth. She grew fussy, as toddlers do, until her parents pointed her toward the night sky. She was mesmerized.

And she still is.

The 2009 Helen Jones Farrar ARCS Honolulu Scholar is now a University of Washington astronomy professor and author of the recently released popular press book The Last Stargazers: The Enduring Story of Astronomy’s Vanishing Explorers. She interviewed a hundred colleagues for what she describes as “a love letter to astronomy and an affirmation of the crucial role that humans can and must play in the future of scientific discovery.”

Not to worry, astronomers are not a dying breed, and interest remains high among students, she reassures us. But improved instrumentation and the sheer volume of data generated are changing the way 50,000-some professional astronomers do their observing. (For example, remotely operated telescopes make it less likely that an astronomer driving a rental car on unfamiliar roads at night in oxygen-thin altitudes where headlights are discouraged ends up high-centered on a curb in the parking lot outside a mountaintop telescope, she confesses in her own answer to the running joke about why so many astronomers get in car accidents.)

Anecdotes like that—the stories astronomers tell each other—keep the human face of scientists front and center in the book. “I wanted to focus on the shared experience readers have with astronomers.” But Dr. Levesque also offers enough science for the reader to understand what astronomers do, as well as how and why. Her own research focuses on the physics of how stars work, explaining the little details that happen to a star as it becomes a black hole.

Spending time on a book for a lay audience before earning tenure was a risk, she admits. “But once scientists get an idea lodged in their heads, it doesn’t go away.” Like other astronomers, she delights in talking to people about her field. “We will talk about astronomy until you stop us,” she says with a laugh. And it’s important to build support for the funding needed to build telescopes and keep the community up and running, she adds. “How much more we could do with a few more telescopes,” she says. “We need to constantly keep an eye on how science is valued.”

Dr. Levesque has also written a professional work on red supergiants and coauthored a graduate textbook on stellar interiors and evolution. The MIT graduate was a Ford Foundation Predoctoral Fellow and Harvard Smithsonian Astrophysical Observatory Fellow while pursuing graduate studies at the University of Hawaii’s Institute for Astronomy and received the American Astronomical Society’s 2014 Annie Jump Cannon award as a postdoc at the University of Colorado at Boulder. Since joining the UW faculty in 2015, she has been a Cottrell Scholar and Alfred P. Sloan Research Fellow. In 2020 she received the prestigious Newton Lacy Pierce prize for outstanding achievement by a young astronomer for her breakthrough studies of massive stars and their explosive end states.

Learn more about Emily and her book. Watch her TedX Berkley presentation or KUOW conversation or Royal Institution podcast about astronomy and astronomers . 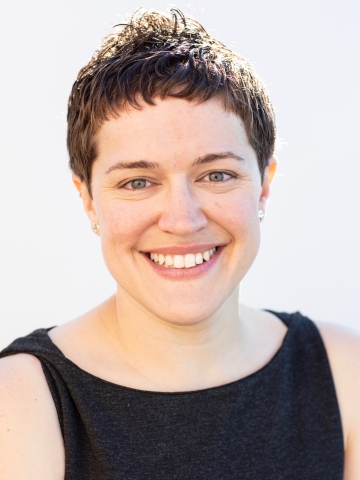